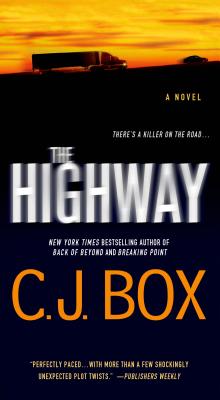 This is book number 2 in the Cody Hoyt / Cassie Dewell Novels series.

The inspiration for the new ABC series Big Sky.

Winner of the Edgar Award for Best Novel, the New York Times bestselling author of Back of Beyond and Breaking Point and the creator of the Joe Pickett series is back.

"If CJ Box isn't already on your list, put him there." – USA Today

When two sisters set out across a remote stretch of Montana road to visit their friend, little do they know it will be the last time anyone might ever hear from them again. The girls—and their car—simply vanish. Former police investigator Cody Hoyt has just lost his job and has fallen off the wagon after a long stretch of sobriety. Convinced by his son and his former rookie partner, Cassie Dewell, he begins the drive south to the girls' last known location. As Cody makes his way to the lonely stretch of Montana highway where they went missing, Cassie discovers that Gracie and Danielle Sullivan aren't the first girls who have disappeared in this area. This majestic landscape is the hunting ground for a killer whose viciousness is outmatched only by his intelligence. And he might not be working alone. Time is running out for Gracie and Danielle…Can Cassie overcome her doubts and lack of experience and use her innate skill? Can Cody Hoyt battle his own demons and find this killer before another victim vanishes on the highway?

C.J. Box is the author of more than a dozen novels including the award-winning Joe Pickett series. He’s the winner of the Anthony Award, Prix Calibre 38 (France), the Macavity Award, the Gumshoe Award, the Barry Award, and an Edgar Award and L.A. Times Book Prize finalist. Open Season was a 2001 New York Times Notable Book. Box lives with his family outside of Cheyenne, Wyoming.

“A violent, tension-packed, well-written thriller spiced with Box's vivid portrayal of the Western landscape that he loves.” —Associated Press

“A nonstop, action-filled race against time. Rolling down the superhighway of suspense, this thriller will leave readers breathless.” —Library Journal (starred review)

“Be warned: This is one scary novel.” —Toronto Globe and Mail

“The Highway is the summer's most terrifying novel...Prepare to be scared.” — Orlando Sun Sentinal

“A fast-moving, edge-of-your-seat page-turner. I really couldn't put it down.” —Criminal Element

“Get off the genre interstate and take The Highway.” —Billings Gazette