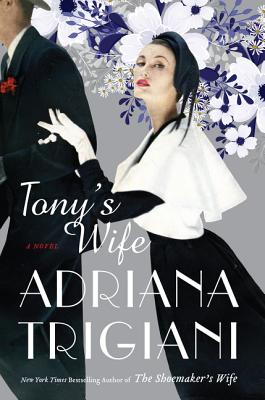 Love, ambition, and the consequences of both lie at the heart of this spellbinding epic of two working-class kids who become a successful singing act during the big band era of the 1940s.

Chi Chi Donatelli and Saverio Armandonada meet one summer on the Jersey shore before World War II. Chi Chi is a talented and ambitious singer-songwriter working in a local blouse factory looking for her big break, while Saverio, a singer already on the rise, is fronting a touring band and has the good looks and smooth vocals that make success seem assured. It isn’t long before Saverio becomes Tony Arma and  he and Chi Chi form a duo; together they navigate the glamorous worlds of nightclubs, radio, and television. Soon they’re married and all goes well until it becomes clear that they must make a choice: Which of them will put ambition aside to build a family and which will pursue a career? What compromises will they make to achieve their dreams? And on the road to fame and fortune, how will they cope with the impact these compromises have on their marriage, family, and themselves?

From the Jersey shore to Hollywood, New York City to Las Vegas, the hills of northern Italy and the exuberant hayride of the big band circuit in between: Tony’s Wife tells the story of the twentieth century in song, as Tony & Chi Chi make studio recordings and promote them with appearances on The Ed Sullivan Show and The Tonight Show Starring Johnny Carson. As they juggle the demands of their public lives, secrets are revealed, promises are broken, and loyalty is tested as the Armas attempt to keep the music playing and their family together.

Tony’s Wife is a richly layered novel that explores how a traditional Italian-American family grapples with the seismic shifts they face in a rapidly changing world. Replete with a pageant of vivid, complex characters, this deeply human saga of love and sacrifice showcases Adriana Trigiani’s gifts as a captivating storyteller and reveals her understanding that there are many different kinds of families: that over time love can evolve in ways that nobody can predict, especially when the hearts involved are open to forgiveness, the sweet reprise of redemption.

Beloved by millions of readers around the world for her "dazzling" novels, (USA Today) Adriana Trigiani is “a master of palpable and visual detail” (Washington Post) and “a comedy writer with a heart of gold” (New York Times). She is the New York Times bestselling author of eighteen books in fiction and nonfiction, published in 38 languages, making her one of the most sought after speakers in the world of books today.

Adriana is also an award-winning film director and screenwriter, playwright, and television writer and producer. Her screen adaptation of her bestselling novel Very Valentine premiered on Lifetime television in June 2019, launching their National Book Club. In 2018, she directed the feature film Then Came You, filmed on location in the Highlands of Scotland. She wrote and directed the award-winning major motion picture Big Stone Gap, based on her debut novel, filmed entirely on location in her Virginia hometown. Big Stone Gap spent 11 weeks in theatres in the fall of 2015 and was the #2 top-grossing romantic comedy of the year. She wrote and directed the documentary film, Queens of the Big Time, winner of the Audience Award at the Hamptons and Palm Springs International Film Festivals. Adriana co-founded The Origin Project, an in-school writing program which serves over 1,700 students in the Appalachian Mountains of Virginia. She lives in New York City with her family.

“Trigiani’s latest is bittersweet, transcendent storytelling that celebrates the infinite varieties of love.”
— People, Book of the Week

“Trigiani’s ability to draw characters with such authenticity is undoubtedly enriched by her own background in a large traditional Italian-American family. It’s clear she knows and loves this world. Her affection for even the most flawed characters shines through.”
— USA Today

“Trigiani...fills this novel with the musical delights of the big band era and a love that lasts a lifetime ... Packed with melodies, memories, humor, and love and loss, this effortlessly plotted novel is an emotional page-turner.”
— Publishers Weekly

“A heartfelt tale of love too stubborn to surrender to human frailties.”
— Kirkus Reviews

“Tony’s Wife is a bit of a misnomer, as the strength of the book is Chi Chi’s story, but Trigiani is the master of writing complex Italian families, full of characters who love and live with passionate (and sometimes fractured) hearts ... Trigiani delivers another solid historical saga, and her readers will be pleased.”
— Library Journal

“[Trigiani] expertly draws from her multilayered experience with ease, making the story both charming and authentic.... If you like Chi Chi, you will adore this unforgettable book.”
— Book Reporter