The Color of Magic: A Discworld Novel (Paperback) 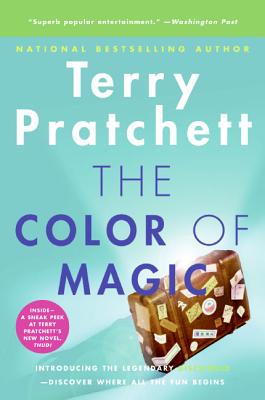 This is book number 1 in the Discworld series.

Terry Pratchett's profoundly irreverent, bestselling novels have garnered him a revered position in the halls of parody next to the likes of Mark Twain, Kurt Vonnegut, Douglas Adams, and Carl Hiaasen.

The Color of Magic is Terry Pratchett's maiden voyage through the now-legendary land of Discworld. This is where it all begins—with the tourist Twoflower and his wizard guide, Rincewind.