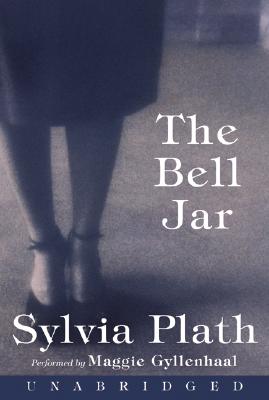 By Sylvia Plath, Maggie Gyllenhaal (Read by)
Email or call for price.
Out of Print

The Bell Jar chronicles the crack-up of Esther Greenwood: brilliant, beautiful, enormously talented, and successful, but slowly going under -- maybe for the last time. Sylvia Plath masterfully draws the reader into Esther's breakdown with such intensity that Esther's insanity becomes completely real and even rational, as probable and accessible an experience as going to the movies. Such deep penetration into the dark and harrowing corners of the psyche is an extraordinary accomplishment and has made The Bell Jar a haunting American classic.

Sylvia Plath was born in 1932 in Massachusetts. Her books include the poetry collections The Colossus, Crossing the Water, Winter Trees, Ariel, and Collected Poems, which won the Pulitzer Prize. A complete and uncut facsimile edition of Ariel was published in 2004 with her original selection and arrangement of poems. She was married to the poet Ted Hughes, with whom she had a daughter, Frieda, and a son, Nicholas. She died in London in 1963.

Maggie Gyllenhaal's stunning performance in the film Secretary garnered her a Golden Globe nomination, an Independent Spirit Award nomination and awards from the Chicago Film Critics Association, the Boston Society of Film Critics, and the National Board of Review. She recently appeared in the Oscar-nominated film Adaptation and Confessions of a Dangerous Mind.